Benefits of Using a Catalyst Film

These films can be effective and transformative because “narratives can engage care providers at a deep emotional level, in reflecting on how services could be improved.” (Locock, 2014b)

Our own research adds to the existing literature on value. During 2019, we held focus groups with clinicians and clinic staff in Madison, WI and Albuquerque, NM. Perspectives voiced in these groups aligned with what has been reported in other studies, including that viewing the film: ‘keep[s] the engine of motivation going’; ‘pulls people into the project’; is ‘a very powerful reminder of why we are doing what we do’; a ‘very moving, a vivid reminder of patient experiences’, and a ‘resoundingly powerful look into individuals’ lives and experiences with illness’. (Bate 2007, Donetto, 2014) Overall, the staff involved in these film screenings remarked on the value of the patient films as giving them access to a new way of understanding the experiences of patients. They found the positive and negative feedback on practices “compelling,” and indicated that the film led to “compassion and more understanding” for patients.

We also asked patient ambassadors - those patients who had been interviewed for the HealthexperiencesUSA module on Young Adults with Depression and helped us spread the word about the resource - what they thought of the idea of catalyst films. One Ambassador remarked, “I think it’s a good way to remind... health professionals of the severity [and] novelty of this process [of seeking treatment] for some people.”  Another noted, “The key is authenticity...that [the film] is directly conveying what the participants have said, not trying to put it into any sort of narrative or message.”

Clinicians, staff, and ambassadors all agreed that catalyst films underscore the diversity of patients’ health experiences and care seeking. Quotes from our clinician/staff focus groups and interviews are shown in the thought bubbles. 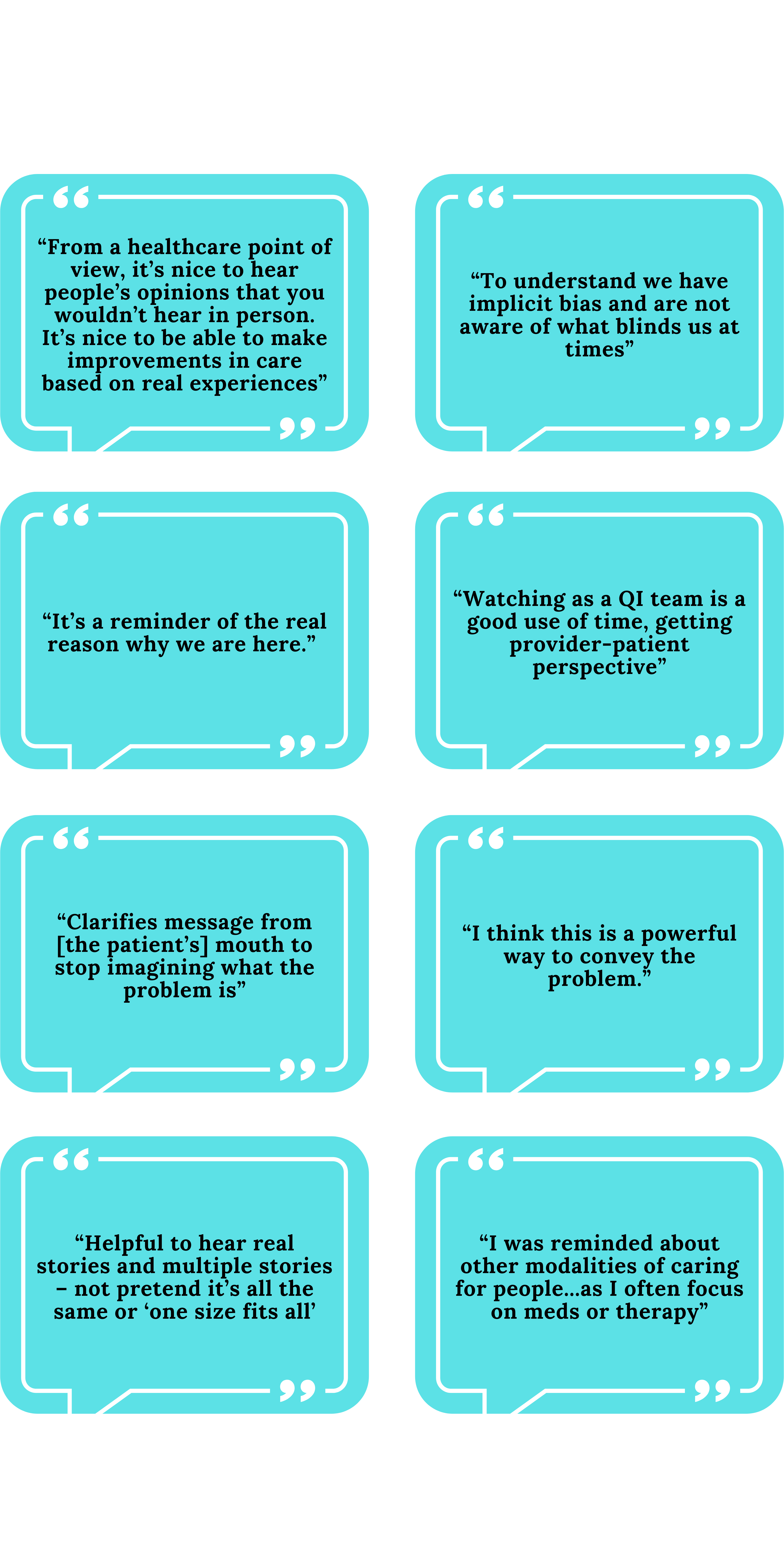