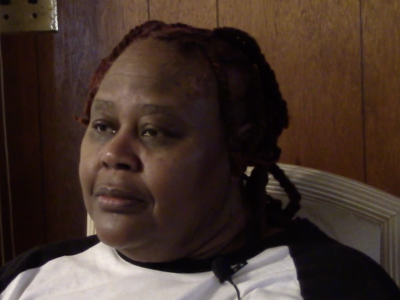 Bobbie was diagnosed with ductal carcinoma in situ (DCIS) breast cancer in 2016, and had genetic testing soon after her lumpectomy where she learned that she is positive for a mutation on her BRCA1 gene. She comes from a large family with quite a bit of cancer history, but as far as she knows, she is the first person to be genetically tested. Bobbie’s treatment has consisted of the lumpectomy and she is currently taking hormonal medication. Bobbie’s greatest source of support during her diagnosis, treatment and genetic testing has been her Christian faith.

Bobbie, age 65, is an African American woman in her mid-60s, who lives in the suburbs of an Eastern/mid-Atlantic city.

Bobbie is a 65-year-old African American woman, who lives in the suburbs of an Eastern/mid-Atlantic city. She retired from being a personnel assistant in a federal agency about 7 years ago. She has lived in the mid-Atlantic since 1971, but still considers “home” to be in the south, where many of her family still live. Bobbie is single and does not have children, but comes from a very large family with a considerable history of cancer.

Bobbie was diagnosed with ductal carcinoma in situ (DCIS) breast cancer in 2016, and underwent genetic testing soon after her lumpectomy. Her testing revealed that she is positive for a BRCA1 gene mutation. She attributes “catching the cancer early” to her regular 6-monthly mammograms. Bobbie has told “every last one” of her many brothers and sisters about her genetic testing, and suggested that they also get tested. As far as she is aware, only one of her siblings has been tested, and they did not have a BRCA1 mutation. Bobbie described being glad that she had genetic testing because she feels that if you know something then you can do something about it. Bobbie is concerned about her higher risk for pancreatic cancer on the basis of her genetic profile, particularly given that she has a cousin who died from this disease.

In addition to the lumpectomy, Bobbie is currently on hormonal medication for five years. She recently changed medication because she felt that the medication prescribed was impacting her memory. In addition to cancer, she has long struggled with back issues, and has high blood pressure. Bobbie has been working hard to lose weight since before her cancer diagnosis and genetic testing. She does water classes and tries to watch what she eats. Her doctor routinely asks her about her weight and possible weight loss strategies.

Bobbie is a woman of great faith, and finds enormous support in her relationship with God, as well as through her strong church community. She firmly believes that there is nothing that God cannot do. “God got me, and I know he's got me.” Bobbie described how just having a friend or family member with her in her oncology visits was helpful – even if she didn’t need them to actually do anything. “Just knowing you … got somebody there supporting you. It really makes a difference.” When asked what she would like to communicate to the medical community she expressed that being treated with kindness is so very important when you are going through something like cancer treatment or genetic testing.

Bobbie says her faith in God and her pastor are central sources of support.

Bobbie says her faith in God and her pastor are central sources of support.

So can you talk to me about who's helped you get through this, who's helped support you through all this?
Well I guess because of my faith, that I know that god can do anything, and I, I just have to believe that, you know, he'll take me through whatever. And with my pastor, I talk with my pastor, and my sisters and brothers, and so they, they are my support. So, that's why, I guess, I don't get-- a lot of times, they say, “are you depressed?” No, I'm not. And so, I say, “well god got me, and I know he's got me.” So. You know.
So, can you talk to me a little bit more about how your pastor has supported you?
He's prayed with me and talked with me. And so, he, you know, he said, he always encouraged me. He said, “you're going to be OK.” And I said “I believe that I am, and I do.”

Bobbie wants clinicians to know how much it matters when they are kind.

Bobbie wants clinicians to know how much it matters when they are kind.