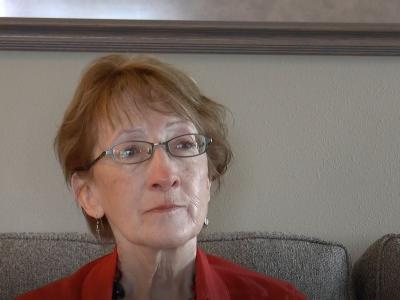 Because multiple generations of Mary’s family had uterine cancer, she was surprised when a doctor told her this cancer was not genetic. This misinformation resulted in her receiving a vaginal hysterectomy for what was presumed to be only benign fibroids but was actually uterine cancer. Subsequently, she has had colon cancer and a partial colectomy, along with mouth cancer and jaw surgery. She received genetic testing based upon the strong recommendation of a dermatologist, and she was found to have the MSH-6 variant of Lynch syndrome.

Mary, age 63, is a White female living with her husband in a rural town in the Midwest and is a retired educator and librarian.

Given that her maternal great grandmother, maternal great aunt, and mother all had uterine cancer, Mary’s family suspected that there was a genetic component. When she failed conservative treatment for fibroids, it was recommended she have a hysterectomy. She distinctly recalls bringing up her mother’s cancer history and being told that uterine cancer was not genetic. So, she trusted her doctor’s recommendation to have the operation done vaginally rather than abdominally so there was minimal recovery time. The day after the operation she was shocked to learn it was uterine cancer. She still remains angry at this physician because she then had to undergo radiation and experience lifelong side effects. Even though the uterine cancer was caught early, there was concern it could have spread from how the operation was done.

From this experience and others, Mary learned the importance of being able to advocate with the health care system and with insurance. She noticed something was not quite right in her mouth which eventually led to the discovery of another cancer. When insurance denied payment for the treatment because it was miscoded as a dental procedure, her husband was able to advocate over several months through multiple phone calls to have it eventually recognized as oral cancer surgery and the payment covered. She advises others “to have faith, to believe in yourself, and in the medical professionals. But to also remember that you are your own advocate, and to keep questioning if something doesn't seem right, or if you feel like you are not getting the appropriate treatment, or if there are other treatments.”

Although Mary and her family members had talked about getting genetic testing for years, it wasn’t until her mother’s dermatologist strongly suggested it that they decided to have it done. She found the process helpful because it seems easier at times to have an explanation for what is going on and to have the reassurance of being followed more closely.

Mary was discovered to have colon cancer during a colonoscopy prior to being diagnosed with Lynch syndrome. She heard from one surgeon that they would have to remove her entire colon, which was scary. Instead, she ended up with 2/3 of her colon removed, but on later pathology it was discerned that the cancer had been completely removed during the colonoscopy. Having a partial colon removal and prior radiation has led to significant lifestyle changes. Despite these restrictions, Mary continued to work until she reached retirement age. However, she has to carefully plan her social life and travel because of needing to go to the bathroom more frequently and having to be careful with what she eats. She has to reduce eating healthy foods that she loves like salads and fresh fruit. Her physicians were not helpful with helping her to understand what dietary changes she would need to make, but an online patient forum was particularly helpful. It was because of the help she received from other patients through this forum that she was motivated to share her own experiences.

Mary’s mother had uterine cancer in her 40’s, so Mary has always been concerned about cancer.

Mary’s mother had uterine cancer in her 40’s, so Mary has always been concerned about cancer.

Mary believes she got the wrong treatment because she was misdiagnosed.

Mary believes she got the wrong treatment because she was misdiagnosed.

So I've always been angry, I would say, at him, because if he would have, I think, tested me before the hysterectomy, I would not have had the vaginal hysterectomy, where he took it out in pieces. So because of that, there was more concern that [um] the cancer could have spread. So even though it was an early stage, I had to go through radiation treatments then. And I had three internal radiation treatments at [LOCATION]. And then I had the 25, I think, external radiation treatments actually in [LOCATION]. So I was very anxious and depressed at that time. And so was my mother and my other siblings. And our daughters at that time were just second grade and sixth grade. So I didn't share a lot of it with them, of course. And then home I became so anxious I was-- I lost like 10 pounds in six weeks. And we kept thinking it was due to the radiation. But then they figured out it was anxiety. And my way of reacting to anxiety was to vomit and not eat.

---
Another thing that was bothersome during that time was that the doctor, my one in [LOCATION], was going to do the internal treatments. And my doctor in [LOCATION], who had done the surgery, oh, argued, it seemed like, over my treatments. And I would actually receive a call from the doctor saying they had never talked to another doctor so arrogant, and whether or not I would you know, need all of the treatment that I was getting. When I look back, no wonder I was anxious and depressed. But, again, I got through it, and felt fortunate because there are many others who don't.

---
My husband and I both felt like you know, my doctor missed my diagnosis. I wish now I had been more-- had put more pressure on as my own advocate, or had gotten a second opinion. But my doctor at that time, my gynecologist, was head of the department, and was very well thought of in the community and the area. So I just relied more on what he was telling me, instead of maybe being a little more my own advocate. And that's one thing I learned since then, is doctors are human too. And they make mistakes. And we all, in health care, need to be our own advocates. I really felt at that time my body-- and since then, not that I had symptoms for colon cancer. But just we often can tell, our bodies are letting us know at times if something’s not quite right.

Mary talks about the need to be assertive with providers in some circumstances.

Mary talks about the need to be assertive with providers in some circumstances.

And getting diagnosed very early helps a lot, and just being aware of symptoms, and being your own advocate, because most of the time my doctors have been wonderful. But they haven't always been. And I sometimes have needed to put more pressure on them if I have thought certain symptoms needed to be looked at carefully.

Mary encourages people to seek help for the mental health side of things.

Mary encourages people to seek help for the mental health side of things.