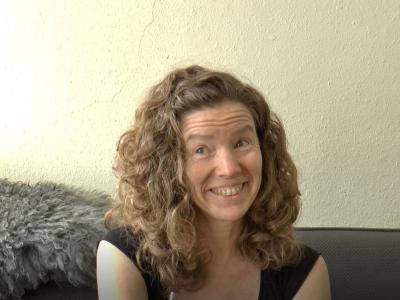 Sarah has a very strong, multi-generational family history of breast cancer. Despite negative test results for breast cancer gene mutations and her aggressive screening, Sarah was diagnosed with invasive ductal carcinoma in her late 40s. She chose to have a bilateral mastectomy. Her mother chose a lumpectomy and lived only 7 years post-diagnosis. Sarah decided to go flat, not wanting a foreign substance implanted in her chest, and declined tamoxifen to avoid side effects for what she calculated as a minimal reduction for risk of recurrence.

Sarah is a 51-year old White woman who lives with her wife and son in a large Western city.

Sarah has a very strong family history of breast cancer. Among others, her grandmother and mother (when Sarah was just 24) died of breast cancer. Despite her negative genetic test results and aggressive screening, Sarah was diagnosed with invasive ductal carcinoma in her late 40s. She knew full well her high risk, but her world “came crashing down” when she first got her diagnosis. She decided immediately to have a bilateral mastectomy. Her mother went the lumpectomy route and lived only 7 years post-diagnosis. Sarah also decided to “go flat,” saying she could not abide having a foreign substance implanted in her chest wall. She acknowledges going flat is not for everyone—but it was the right decision for her. Likewise, she does not wear “foobs” or fake boobs, likening them to wearing false eyelashes.

Because her tumor was so very small, Sarah took time after her diagnosis to mourn her breasts and to gather her care team. Mourning (and celebrating) her breasts were her wife, her daughter who was nourished by them, and a gift of a full nude painting by a water-color artist. Her care team were her daughter and sister, who each came from out of town to stay with her during recovery, her wife and son who carried on the day-to-day, and a breast-less woman who coached her on going flat. Sarah said she experiences phantom pain in her missing breasts. She still misses her “fabulous” breasts and found it interesting that some people did not notice that her once full profile is now flat.

Sarah’s insurance was great, and her medical care team respected her decision to go flat. Her surgeon, unlike others she had heard about, did not leaving extra skin to have reconstruction “just in case” she might change her mind. She decided against using tamoxifen after reading the side effects (fatigue, weight gain, joint pain, poor sleep and feeling older than her years). She then calculated tamoxifen’s benefits by multiplying her post-mastectomy risk of recurrence by the percentage that tamoxifen could lower it. She then confirmed that for her, the small benefit of tamoxifen was not worth the tradeoff of enjoying a high quality of life. Sarah is actively engaged in yoga and exercise, gets good sleep, has deep relationships, gardens and eats well. She switched to an oncologist who supports this decision.

Raised in a strict fundamentalist and “judgmental” Christian tradition, Sarah has found a “God lite” faith community that accepts her for being gay and is aligned with her values. She would tell anyone just diagnosed with breast cancer to “make it about yourself,” to not take “no for an answer,” and to seek a second or a third opinion, if needed.

For Sarah, a negative genetic test doesn’t mean anything; her family history for breast cancer is so strong, she knows the risk for herself and other family members is real.

For Sarah, a negative genetic test doesn’t mean anything; her family history for breast cancer is so strong, she knows the risk for herself and other family members is real.

And just before the cancer diagnosis, I had had genetic testing. I think they tested for 15 markers. They were all negative. And I almost didn't, I almost-- so they tested for 15 markers and it was negative. And it's almost like it didn't mean anything because that didn't take away the fact that my mother died of cancer. My grandmother died with cancer. My aunt died with cancer. I have a cousin who had-- it doesn't take away the family history.
No.
It just said-- to me, it said, I don't know.
---
So the genetic testing, almost like it didn't mean anything.