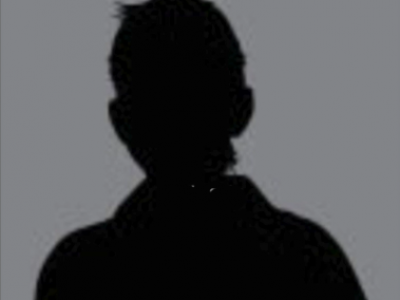 James (age 22) grew up in a tough neighborhood. He dropped out of school and was arrested for gun use. With no education and felony record he can’t find a job. He self-medicates by smoking pot, was recently diagnosed and is awaiting treatment.

James is unemployed. He lives with his mother. He has a 2 year-old daughter but does not have parental rights. He is African American.

James thinks his depression started when he dropped out of high school at age 13. Now 22, he says, “I like still ain’t achieved nothing cuz of my education”. Because he lived in a rough neighborhood, he “was forced to hold weapons to protect myself”. After he got caught he “went to jail like and then to boot camp,” leaving “a felony on my record”.

James acknowledges that “he messed up”, but wants to leave the streets. When he was 18 or 19, he met a woman and wanted to have kids with her. But he was locked up when the baby was born and when she said it might be “somebody else’s kid when I was taking care of it… I just left”. He even “took her to court to get a paternity test, but she didn’t even sign the papers”. In another effort to “go legit” and get his “life together”, James decided that he would not let his lack of education “get in my way”. He got a driver’s license and “bought a vehicle …to do a delivery service” so he could “survive without having to rob or do any wrong in the streets”. He made money but his feelings about the baby “got in the way”. In order to see the baby, his ex forced him to stop working and drive her to work and care for the baby. She got him “locked up for domestic violence”, and he faced costs for his speeding and parking tickets, and when the car was towed.

When depressed, James does not want to be around anybody. “Everything is on my inside with the depression”, he says. “In the morning I don’t eat food, it should be normal for a normal human being. … I drink my coffee and smoke marijuana because it like helps me.”  He says his family is supportive, but he does not like to tell them that he is “having problems.” James just started to see a psychiatrist for depression. At the first appointment, he “really needed somebody to talk” but he says getting help means “they’re going to judge you”, like “I’m wrong as a human being”.

His goals are to get his education and a job, to “help my family, and “show my love”. He would advise other young men to “finish that school, your education; don’t go to jail for any crimes. Go get money like the legal way.”

James tells his younger self to stay in school and avoid getting in trouble.

James tells his younger self to stay in school and avoid getting in trouble.

I’d just tell him if you going, if you young and you going through depression like at a young age I would just say, I mean, just stay in school, like, that’s the thing like, I mean all you have to say is just stay in school like, I know it’s going to be hard but just like as long as you don’t, just stay away from any gangs, like you don’t need that like it’s not, it’s not worth it so I just like, stay in school like, if school hard just like you got to find some like tools or something just push yourself hard like.